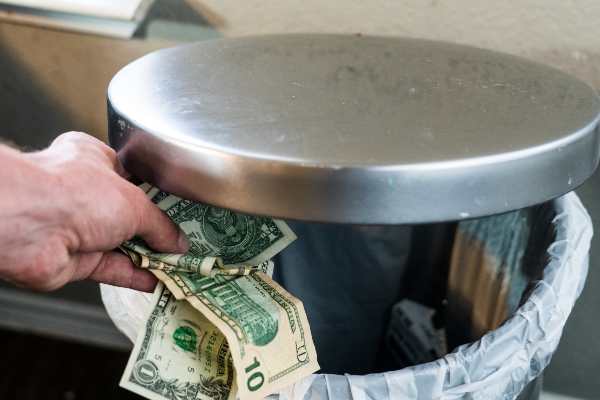 We threw away a lot of money by dumping the E waste last year. Do you want to know how much money? Let us tell you the exact figures.

Asia generated the highest quantity of E waste, and to add to that, United Arab Emirates was one of the higher E waste generator countries in the continent. But that is no surprise. Our better economy is leading to a higher living standard which encourages additional use of electrical and electronic equipment. So much so, that they have now become indispensable to our lifestyle. There is nothing wrong in the excess usage of electronics, but once they are out of use, we need to dispose them off the right way.

Since most e waste isn’t documented well, we can assume that it got mixed with other waste streams such as plastic or metal waste. Even though those streams may have been recycled, recovery of all valuable material isn’t possible through those. Hence it is not a preferred recycling for E Waste.

E waste is an urban mine. We can extract the ferrous, non-ferrous and precious metals from the electronics and reuse them in the manufacturing. But instead, we are throwing those and extracting new from the ores emptying natural resources. If we reuse the metals from E waste recycling it will positively impact the global economy as well as the planet.

Temperature exchange equipment such as refrigerators, Air conditioners may contain greenhouse gases. Since those were not handled properly, it has contributed to global warming with massive amount of CO2 equivalents releasing in the environment. If we handle the electronics in an environmentally sound manner, we can also control global warming to a certain level.

If we do not learn to recycle now, we are going to be in a BIG trouble by 2030. The estimated E waste generation per person is going to be 9 Kgs per year. Hence the total amount of E waste generation in 2030 will be double than what we generated in 2014. We are doubling the Waste Electrical and Electronic Equipment (WEEE) in just 16 year but recycling rate is not increasing in the needed pace. So now we need to be more responsible and recycle as much E waste as we can to be able to provide a better environment to our kids and future generations.

We hope that these statistics will give you a better understating of how gigantic this E Waste problem is. We are doing our bit by recycling the e waste in Dubai Municipality approved and environmentally sound manner. But you need to do your bit of handing over the Waste Electrical and Electronic Equipment to us for certified recycling and not throwing them in the waste bins or giving to the informal or non-approved recyclers.